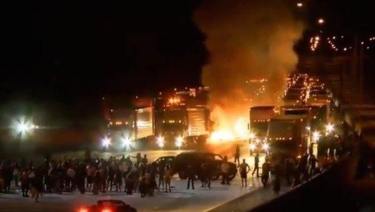 When I was a child I had quite a temper. One wrong thing said or one false accusation made and I would lose it. Tables would be kicked and doors slammed, all while yelling at the top of my lungs in an attempt to get my point across.

My tantrums never accomplished anything, except for getting me into more trouble. Over time, I learned that if I really wanted to be listened to then I had to maintain self-control and speak softly. It was amazing to see just how much of a difference that made. Finally, people were listening to me and because of that the proper changes were made.

You see, people don’t listen to you when you’re yelling. Nor do they listen when you’re throwing tantrums and behaving like a crazed maniac.

If you want to be listened to – if you are seeking good change – then the first step is to stop yelling. Stop behaving like an undisciplined child. Calm yourself, lower your voice and behave as a mature adult should. Then, people will listen to you and changes will be made.

Once again, the feeling of injustice has stirred up anger across America. Just like many times before, people are out in the streets trying to make a statement. There is no denying that a statement is being made. Unfortunately, it’s the wrong one.

If people really want change, then they need to make sure they’re making the right statement.

Foolishness accomplishes nothing. Correction: It does accomplish one thing – it makes matters worse.

“Be the change that you want to see in the world.” ~ Gandhi

21 Responses to Foolishness Accomplishes Nothing