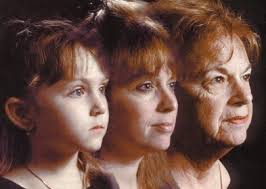 In a dream early this morning, I was having a conversation with a fellow blogger and the topic of age came up. Immediately when I opened my mouth to tell her how old I was, I woke up.

It’s amusing to me that I’ve been in such denial for the past couple of months over my age, that I even woke up out of a dream just to avoid saying it.

I’m not old. In fact, I don’t think that anyone is old unless they act that way. I’ve seen people in their 90s behave as if they’re 20; dancing, singing and skipping down hallways. The saying, “You’re only as old as you think you are” is absolutely true in my opinion.

Why then, does my age bother me so much? I’m a year older. Doesn’t that mean I’m wiser? That should make me happy, right? It doesn’t.

I suppose that’s because I feel like I should have done more with my life than what I’ve done with it. It’s also because I’ve not done so many things that I said years ago that I would do. Had I devoted my time to all those things, instead of procrastinating or avoiding them entirely, who knows where I would be right now; what my life would look like. (It could look bad, so I should be thankful.)

There are also many things with my son that I should have done, skills we should have worked harder on, but didn’t. Now it’s too late for some of them. But, where would he be now had we done them? Would he be closer academically and mentally to the other kids his age?

There have been a lot of times in my life when I should have been doing one thing, but instead did another. Times that I can’t get back.

I suppose then, that my aging another year bothers me because I have so many regrets. Should have, would have, could have, but didn’t.

On the flip side, because there’s always a flip side, I have accomplished a lot throughout my years. Things that I should give myself credit for. I survived my teen years, earned a diploma, had awesome jobs, met amazing people, learned a lot and am still learning. I married and had a son, and have succeeded in keeping him alive for over 16 years now.

My life has been full of accomplishments. My accomplishments. The meaning of success is different for everyone. I don’t need to be the president of a company (although I am in the process of starting one) or drive a Mercedes in order to be successful.

I’m already successful. I see that every time my son walks through the door. Every time my hug comforts someone who is hurting. Each time I bring a smile to someone’s face. My success is all around me.

My years have not been wasted. They’ve been fulfilled with the very best that life can give.

45 Responses to In Denial